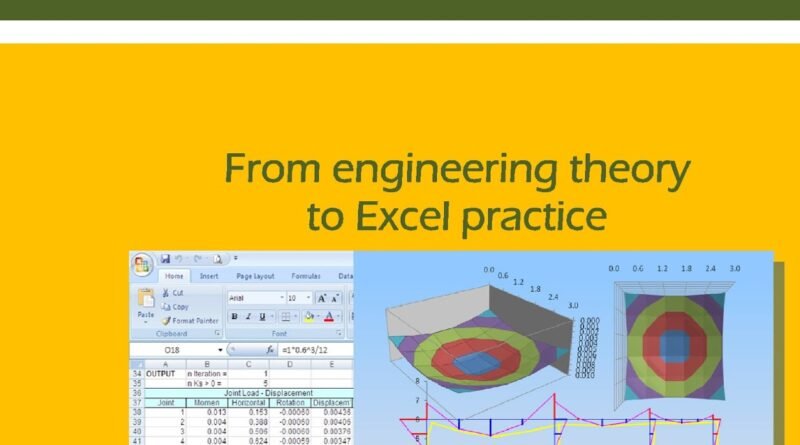 An Introduction to Excel for Civil Engineers: From Engineering Theory to Excel Practice

Microsoft Excel learning is perceived as more attractive from time to time and it is probably the most widely software‐learning topic written into books, websites, courses, tutorial videos, groups, etc.

Favored by many people because Excel is relatively easy to operate and gives “completely” results by showing spreadsheet form (rows and columns), images, text, tables, charts, and so on.

Talking about Excel for applied engineering calculation cannot be separated from the discussion on Visual Basic for Application (VBA) macro, which is the programming language of Microsoft Visual Basic for the automation of certain tasks.

This is due to macro like any other programming language capable of doing an iterative calculation or repeating the calculation process with ease.

There is a unique combination of the worksheet as user‐interface and VBA, which turned out to be a lot
makes it easy for users to create a program.

This book also discussed the depiction in AutoCAD software. Why? Because the drawing creation process can be done through Excel formulas or macros, and this will enhance a series of producing a program.

The advantage of an AutoCAD drawing creation is no doubt that relies on high image accuracy with a myriad of features it will certainly be a challenge to create drawings. With the ease of working with Excel, coupled with a lot of given examples in this book, it is expected to increase the interest of the reader to create new original application programs. Thus, each model or even a specific model of calculation will be an exciting challenge for a programming job that is already enjoyable.

The work performed by Excel is basically the job of entering data which is then processed to obtain the desired results. It is, in principle, the same as entering data into an electronic calculator. However, the data entered here consists of various types and coupled with existing Excel facilities makes it possible to present the appearance of numbers, text, associated tables, graphs, and a database. This makes Excel becomes well integrated to create a reporting text and the problem analysis as well.

Each version of Excel to be developed to always make changes and additions of new facilities, while is still maintaining compatibility with previous versions. But the changes do not alter the basic features of this software as a worksheet for computing applications. In this book, we will be working with Microsoft Excel 2007.

When opening Excel, by default Book1 is the name of the first workbook. This workbook consists of 3 worksheets named Sheet1, Sheet2, and Sheet3. Excel worksheet is also referred to as a spreadsheet that is the sheet for processing text and numbers. Figure 1.1 shows the elements of a workbook.

At the top of the page, there is a title bar that displays the workbook name. Underneath, there is a Ribbon, a new interface introduced in Excel 2007, which is a navigation tool that replaces the menu and toolbars in earlier Excel versions as a tool of access to Excel commands. All commands are grouped and placed into tabs for particular purposes, thus a tab contains groups of commands.

The worksheet is divided into rows and columns. In Excel 2007, the number of columns and rows has been improved from previous versions. Columns are from A to Z, then AA, AB to XFD (16,384 columns), while the rows start from 1 to 1,048,576. The intersection point of column and row forms a cell as a place to fill data. Each cell has an address referred to by a column and a row, for example, cell B4 is a cell in column B and 4th row. The address of the selected cell can be seen in the Name Box below the Ribbon. 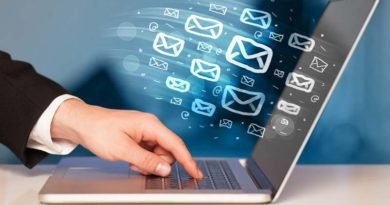 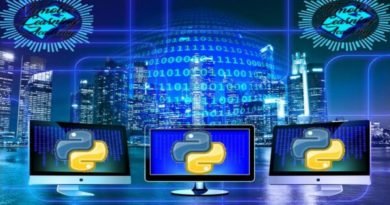 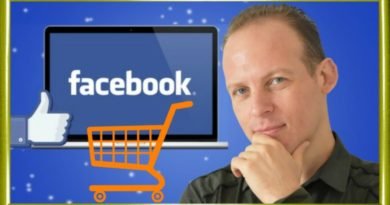 One thought on “An Introduction to Excel for Civil Engineers: From Engineering Theory to Excel Practice”