Designed for students and professional engineers, the fifth edition of this classic text deals with fundamental science and design principles of air conditioning engineering systems. WP Jones is an acknowledged expert in the field, and he uses his expert.

Air conditioning (of which refrigeration is an inseparable part) has its origins in the fundamental work on thermodynamics which was done by Boyle, Carnot, and others in the seventeenth and eighteenth centuries, but air conditioning as science applied to practical engineering owes much to the ideas and work of Carrier, in the United States of America, at the beginning of this century.

An important stepping stone in the path of progress that has led to modern methods of air conditioning was the development of the psychrometric chart, first by Carrier in 1906 and then by Mollier in 1923, and by others since.

The summer climate in North America has provided a stimulus in the evolution of air conditioning and refrigeration which has put that semi-continent in a leading position amongst the other countries in the world. Naturally enough, engineering enterprise in this direction has produced considerable literature on air conditioning and allied subjects.

The Guide and Data Book published by the American Society of Heating, Refrigeration and Air Conditioning has, through the years, been a foremost work of reference but, not least, the Guide to Current Practice of the Institution of Heating and Ventilation Engineers has become of increasing value, particularly of course in this country. Unfortunately, although there exists a wealth of technical literature in a textbook form that is expressed in American terminology and is most useful for application to American conditions, there is an almost total absence of textbooks on air conditioning couched in terms of British practice. It is hoped that this book will make good the deficiency.

The text has been written with the object of appealing to a dual readership, comprising both the student studying for the associate membership examinations of the Institution of Heating and Ventilating Engineers and the practicing engineer, with perhaps a 75 percent emphasis being laid upon the needs of the former.

To this end, the presentation follows the sequence which has been adopted by the author during the last few years in lecturing to students at the Polytechnic of the South Bank. In particular, wherever a new idea or technique is introduced, it is illustrated immediately by means of a worked example, when this is possible.

It is intended that the text should cover those parts of the syllabus for the corporate membership examinations that are relevant to air conditioning. Inevitably some aspects of air conditioning have been omitted (the author particularly regrets the exclusion of a section on economics). Unfortunately, the need to keep the book within manageable bounds and the desire to avoid a really prohibitive price left no choice in the matter. 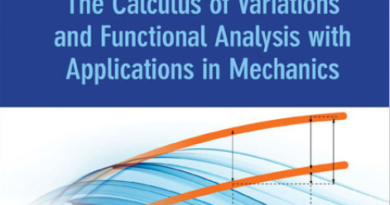 One thought on “Air Conditioning Engineering”